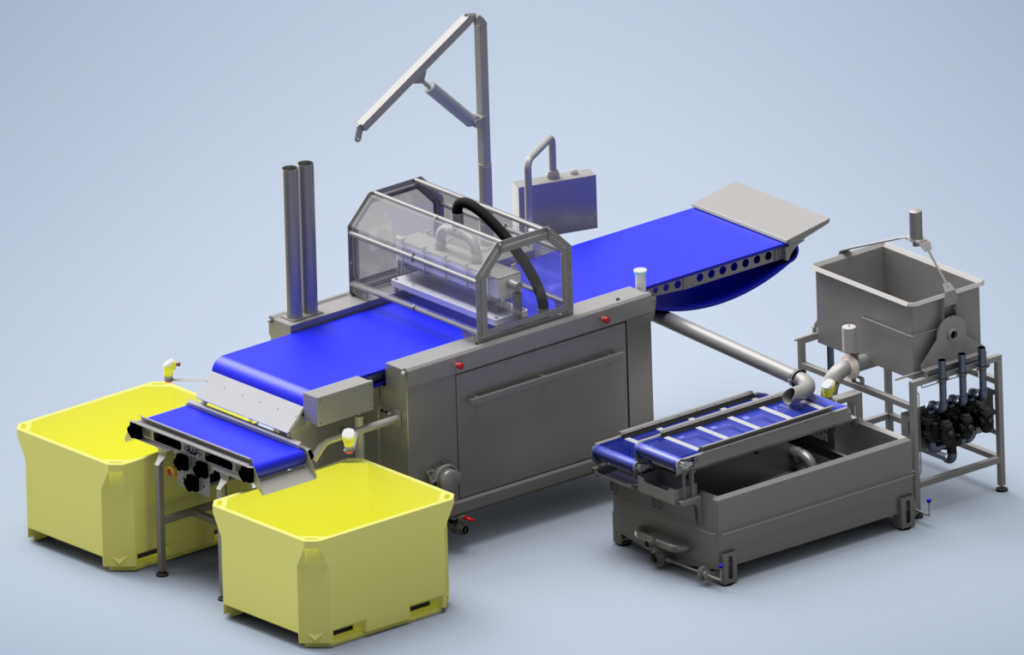 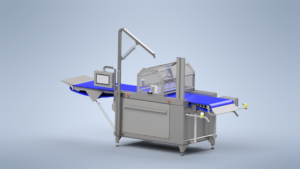 The injection machine Raf - S900 has been specially designed to inject a mixture of brine and additives into fish products with the aim of maximizing yield and quality of the product. These goals are achieved with the latest technology that enables the user to control the machine accurately and efficiently.

-Maximum injection pressure accuracy and equal pressure on each needle, which results in better product and increased efficiency
-A recipe system of processing that manages machine adjustments thus ensuring maximal utilization in each product category.
-Double injection
-Elevation sensors reduce unnecessary use of brine
-1232 thin needles that inject tightly into the product, which results in more even weight and a better appearance after injection
-The machine is easy to clean
-User friendly and intuitive touch screen controller
-Registration system for injection machine
-English/Icelandic operating system
-Remote connection to machine control equipment, remote service, opens up the possibility to monitor processing anywhere 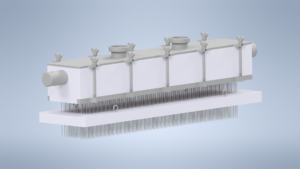 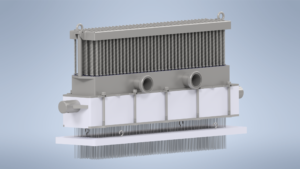 Depending on the needle head installed an injector from Raf can inject both fillets and flat fish. The needle head in the left picture is for fillets, it has fixed needles. Needle head for splitted, see picture to the right, gives needles freedom to lift up if they collide with bones. Each needle has a spring that pushes the needle down. 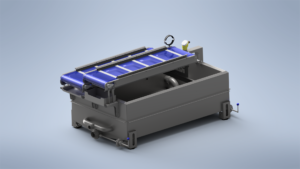 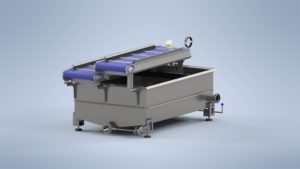 To reuse brine a filtering solution is needed. This is done using two filter conveyor belts that sit on top of the reservoir tank. The filter belts consist of a coarse filter belt (2mm mesh) and a fine filter belt (1mm mesh). The filter belts only allow liquid that has passed through both belts into the reservoir tank. If the brine needs to be cooled and/or maintain it at a certain temperature, a cooling filter that has dual layer for coolant, see top left picture. Raf offers a refrigeration compressor, that is capable of maintaining a desired temperature of the brine. 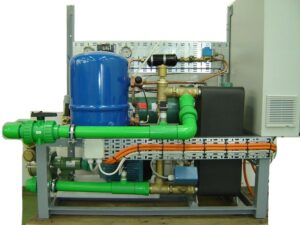 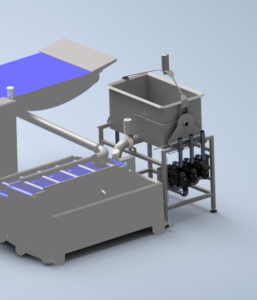 The injector calls for a new mixture when the mixture in the filter is below the minimum level. Valves on the mixing tank and height sensors control the amount of water, brine and additives given in the recipe. If the mixing system is connected to the RAF-IBL dosing station all the additives can be controlled and mixed into the injection machine brine mixture. The system registers what has been mixed during the operation of the day and displays it on a colour touch screen. By using the RAF-SPGraf registration system these data can be stored in a database. 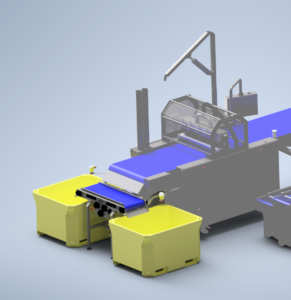 When a tub is put in place in the mixing area the system is automatically switched on and it then mixes the brine mixture selected. The mixing system for the tubs also controls the quantity of the product placed in the tub via a fish rationing conveyor belt and thus it contributes to better utilization. 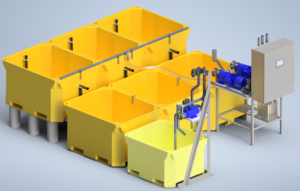 The RAF-BL3 Brine mixing equipment is sold either as an integrated part of the brine injection system or as an independent unit. This system mixes the brine for the injection machine and 2 tubs located behind the machine with great precision, or about +/- 0.15 °B. The system is operated by a colour touch screen, where a formula / recipe system manages the brine mixes for the the injection machine and the tubs.   An additional feature is recording key information for the mixing system in the RAF-SPGraf registration system. 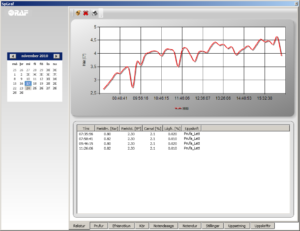 SpGraf is an addon that manages and records key information from the Raf-S900 injector and Raf-BL mixing system. The database can be read from as many users as needed. 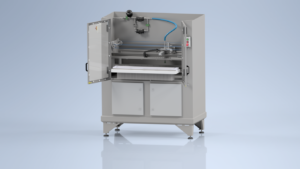 Brochures and spec sheet for injection machine and related equipment: